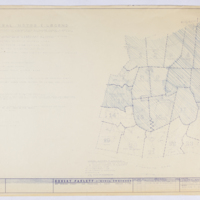 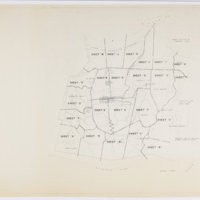 The Blake site has an unusual geological heritage for such a small parcel. The property drops more than one hundred feet in elevation over a horizontal distance of 750 feet and includes sharp changes in slope, characteristic of the dramatic topography of Kensington. A layer of serpentine rock underlies much of the garden with a portion surfacing at the eastern edge of the property. On the site's western slope, a distinctive outcropping of lawsonite, a rare mineral composition, rises some twenty feet to become a major feature of the garden. Lawsonite also occurs in veins within the serpentine rock below the property's surface.

Another less visible geologic phenomena is the Hayward Fault, which cuts across the upper garden, north of the house. This fault, judged by USGS geologists as one of the most likely sites of a future major Bay Area earthquake, runs through the center of Kensington parallel to Arlington Avenue before continuing through the Blake Estate toward El Cerrito. In an ongoing study of the Hayward Fault at the UC Berkeley campus, geologists recently found the long­term slippage of the fault to be one-fifth of an inch per year. Blake Garden falls within the Alquist-Priola Special Study Zone, a fault area defined by the California Division of Mines and Geology as highly susceptible to movement. Blake also lies within a nineteen-acre slide zone that includes Blakemont, a residential neighborhood of small lots with homes built during the 1940s and 1950s, many over streams. The subsequent ground movement has destroyed several homes in the Blakemont area and has caused both major and minor damage to many more. In 1984 residents formed the Blakemont Property Owners Association to determine if there was an economical and technically feasible way to reduce the creeping motion of the slide. To address the slippage problems, the association is currently [as of 2005] studying the feasibility of forming a Geological Hazard Abatement District that would include Blake Garden. The formation of this association also allows the community to propose a ballot measure to install an underground drainage system to reduce the subsurface water.

Blake Garden sits in a watershed defined on the east by the ridge of the Berkeley hills and includes a series of small creeks, that flow into the San Francisco Bay. Although nearly all of the four creeks in Kensington were radically reshaped and/ or placed in culverts, the sections of the two creeks flowing through Blake Garden remain open. One stream is in the redwood grove at the northern edge of the garden, and the other runs along the southern edge. Both flow west to underground culverts in Blakemont. Hidden by heavy vegetation, the southern stream eroded a deep channel along its length as a result of increased runoff from residential development uphill from the garden. There is also a spring coming from a source southwest of the house, which drains into a hollow and forms a marsh during most years.