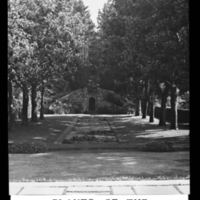 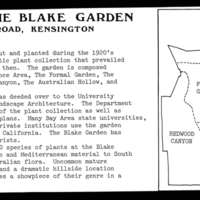 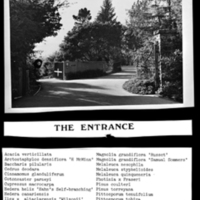 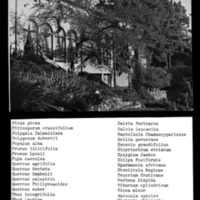 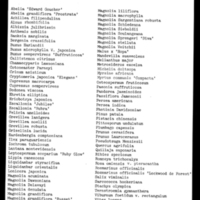 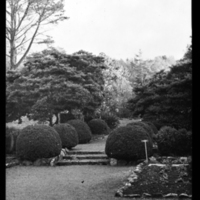 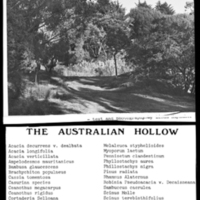 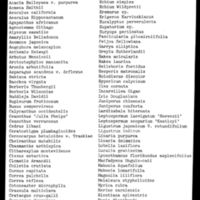 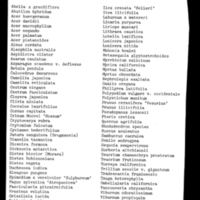 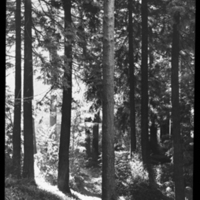 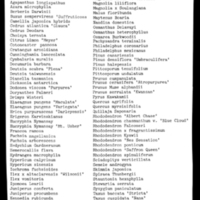 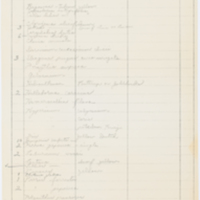 The native landscape of the Blake Garden site was grassland covered with bunch grasses and wildflowers and clusters of scattered oak woodland. Constant winds from the ocean prevented most large plants from becoming firmly established. Relatively low, ground-hugging trees and shrubs, primarily oaks and bay-laurels, were the only tall vegetation able to flourish in protected gullies and creek beds. Early Spanish settlers introduced livestock that consumed much of the native bunch grasses and introduced new grass species that dominated the site when the Blakes arrived in 1922. The Blakes immediately began planting trees and understory vegetation, which eventually produced a heavy canopy over most of the 10.5 acres. These plantings included a redwood grove that today has trees up to eighty feet in height. On the eastern portion of the property, the Blakes created an extensive conifer grove. The southern stream, however, was allowed to develop with native vegetation, including bay-laurel and oak trees.