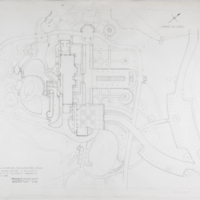 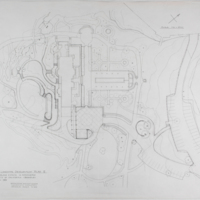 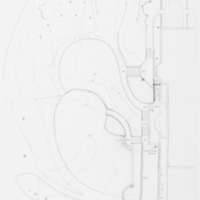 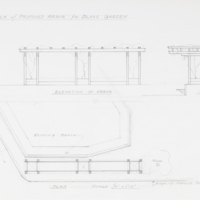 At the time of Anita Blake's death in 1962, the house was in serious disrepair and its future use was uncertain. The site's subsurface geology caused the foundation to deteriorate resulting in floors with significant cross-slopes. While a new long-range plan was being developed, the Blake House, with some minor renovation, had become a women's dormitory run by the Prytanean Alumnae Association. Unfortunately the dormitory was unsuccessful because of its distance from campus and remote location that frightened many of its residents at night.

In 1967 the UC Regents decided that the Blake Estate would become the new UC President's residence. Incoming President Charles Hitch and his wife would be the first residents. In preparation, funds were allocated for major architectural renovations and landscape improvements. Ron and Myra Brocchini were hired as the architects to renovate the house, and Geraldine Knight Scott was hired to implement landscape improvements that would successfully increase security and privacy but also maintain student and public access to the gardens.

As part of the house renovations for the UC President, Scott designed new additions to the property including lighting and a security gate. She also designed a stucco wall and the fencing around the garden east of the house to separate the entry court from this formal garden. These new structural elements successfully integrated a modern design vocabulary that was compatible with the garden's Beaux Arts heritage.

The lower floors on the western side of the house were renovated, and Scott designed new retaining walls and exterior stairs down to a reconstructed western lawn. She also proposed schemes for an outdoor theatre and completed studies for a swimming pool for the president's family. The existing garage was enlarged and a cantilevered carport was built to provide additional parking at the south end of the house.