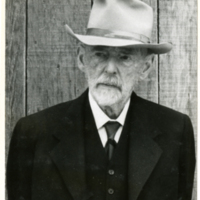 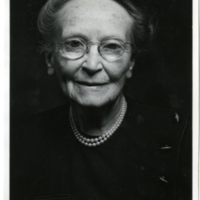 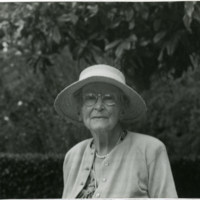 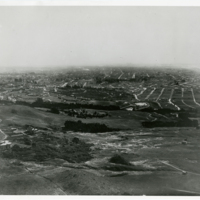 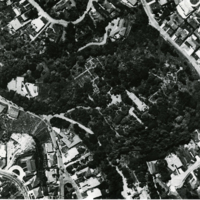 The origin of the Blake Estate begins with the founding of the university in 1868, when Anson Gale Stiles, a trustee of the University of California, purchased several acres of land on Piedmont Avenue, just east of the campus. Stiles deeded this land to his daughter, Harriet Waters Stiles, who moved onto it with her husband Charles Thompson Blake. Their eldest son, Anson Stiles Blake, graduated from Berkeley in 1891 and married his classmate, Anita Day Symmes. Anson and his younger brother, Edwin, built homes and gardens on a portion of Charles and Harriet Blake's Piedmont Avenue property.

In 1922 the university purchased the Blake properties on Piedmont Avenue to build its Memorial Stadium. As a result, the Blake family required a new location for their homes. Harriet Stiles Blake, who had acquired the forty-five acre Kensington property, divided this property equally among her four children with the intention that she and two of her sons, Anson and Edwin, would relocate to Kensington. Harriet, now widowed, would live with Edwin, and Mabel Symmes, Anita Blake’s sister, would live with Anson and Anita. Anson and Edwin each built homes on adjacent parcels of the property, while the other two Blake siblings, Robert Pierpont Blake and Eliza Blake Thacher, who lived outside the Bay Area, sold their parcels for development. Anson chose the site we know today as the Blake Estate for its expansive bay views, terrain, and unusual lawsonite outcropping.

Architect Walter Bliss designed the Anson Blake house to take advantage of the bay view and to shelter a portion of the garden against the strong, prevailing western wind. Anita Blake and Mabel Symmes were devoted to the garden, and before the house was completed, they planted dense bands of trees for windbreaks, including hoheria, bay-laurel, coast redwood, Canary Island pine, acacia and eucalyptus. As these trees grew, they offered protection for more delicate plants.

Following Edwin Blake's death in 1949, his property was sold to a prominent San Francisco family who in turn gave it to the Roman Catholic Church for a Carmelite Convent. The Carmelites occupy Edwin's house to this day, seeking a life of contemplation and service. The lower portion of the property was sold and became the Jepson Court Development, a cul-de-sac of thirteen homes built in the 1950s.

Beginning in the 1920s, Anita Blake made her gardens available to the university's Department of Landscape Architecture for the study of plants. Professor Harry Shepherd, who had been a classmate of Mabel Symmes, would often use the garden to teach his students plant identification. In 1952 he introduced graduate student Mai Arbegast to Anita Blake as "somebody who was going to take over his courses when he retired." Arbegast's strong background in plants, which she had acquired through her horticulture studies at Cornell University, impressed Anita Blake. Mai became Mrs. Blake's "personal teacher," and the two women would discuss plants over a weekly tea. In time, Arbegast began teaching the plants course in the department and continued to make good use of Blake Garden, bringing her classes to the garden at least once a week. Arbegast recounts how Harry Shepherd "drummed it into my head that I should be very nice to Mrs. Blake because there could be many rewards in it for the department." The Blakes had no direct heirs and donated the property to the University in 1957 with the condition that they and Mabel Symmes would live out the rest of their years on the estate.