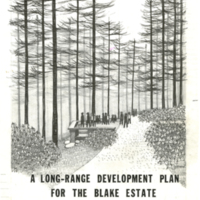 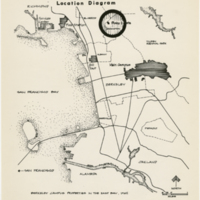 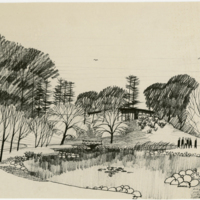 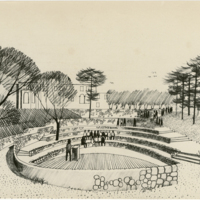 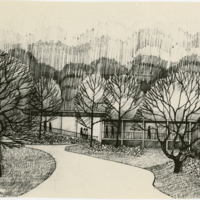 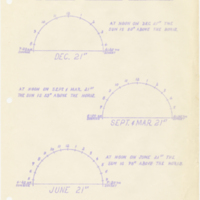 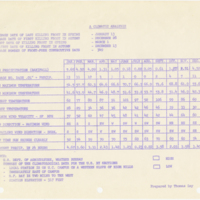 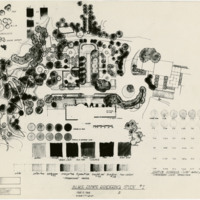 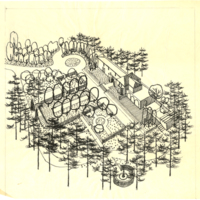 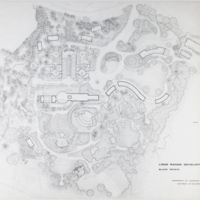 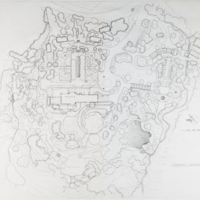 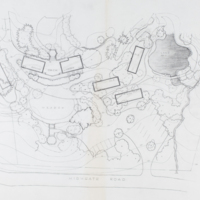 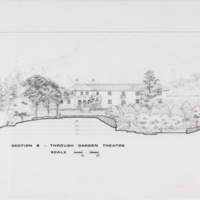 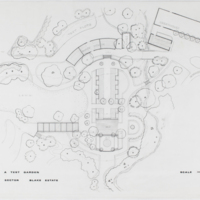 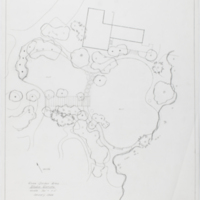 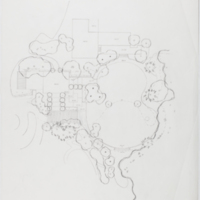 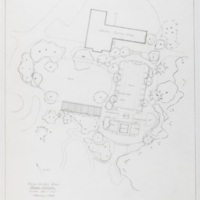 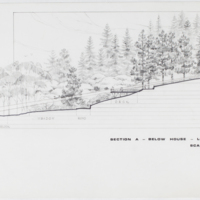 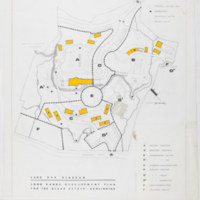 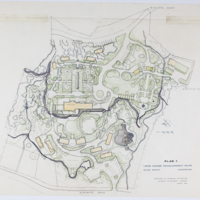 In February 1963, LAEP Department chair Francis Violich charged Scott with developing a plan to guide the management and future development of Blake Garden toward "maximum utility for teaching, research and service to the profession and a limited public." Over the next twenty-one months, Scott spearheaded the work to formulate the Department's goals and a long-range development plan for the Blake Estate.

Scott's proposal consisted of several schemes that included a building complex with a demonstration area for horticultural activities and a gallery with a studio. Plan #1 had a rectilinear organization with a central court and an east-west axis, while Plan #2 was more complex with curves along the edge of the Australian hollow and both the eastern and western edges of the large lawn. Following the faculty's review and discussion of these proposals in November 1964, Scott submitted her final draft of the Long-Range Development Plan for Blake Estate, which was based on the Intermediate Plan she had created in August 1964 that drew on both of her originally proposed plans. Her final proposal is noticeably more modest than the earlier ones, however, it maintains the goal of creating a facility for diverse groups of visitors with various levels of interest and expectations. In her own words, she recommended that Blake Garden should be used to "advance the teaching and research potential of the Department of Landscape Architecture...(to support) collaborative...(and) broad environmental studies...with related outdoor arts and sciences, and [to] serve the profession and a limited public through demonstrations and conferences." The final long-range plan continues to use the estate's diverse topography to divide the garden into separate and independently functioning areas. And again, while more modest than earlier proposals, the plan includes the Center for Advanced Study in Environmental Design, demonstration gardens, new plantings, various garden structures, and the removal of a significant amount of vegetation to create simplified spaces for public use. It also retains the student residential cottages in the northeast section of the property that had been part of the original plan. These were loosely sited above the formal garden.

Neither the University nor the Landscape Architecture Department generated the funds to implement significant elements of Scott's Long-Range Development Plan, but as a part of the long-range process, Scott also produced an Intermediate Development Plan that influenced changes during the next fifteen years. It provided guidance for the 1967-68 renovation of the Blake house to accommodate the UC President.